The only saving grace for this disaster of a movie is Nora Fatehi’s dance moves. Even the super limber Prabhu Deva dancing his ‘Mukkala Muquabala’ is good, but predictable. That hat thing, the moonwalk… It’s not new at all. Even Mr. Earnest – Varun Dhawan – cannot make a movie work when there’s no story to hold on to. A dance movie that has nothing new or original…

I may have two left feet, but I watch just about everything the net and TV has on dance. I bought the laserdisc for Strictly Ballroom way back when there was only Dirty Dancing and Michael Jackson videos to learn from. Every time Step Up and ABCD movies show up on cable I watch them simply because the dances are so good. I was really looking forward to watching something new, but apart from some new moves, I did not want to clap for anything. I mean we have seen the ballerinas dance with a crew before and the Hiplets are famous for dancing to hiphop!

There are movies like High Strung that bring ballet and hip hop and classical music brilliantly. Why can’t we steal those? Why steal from obvious dance movies?

Prabhu Deva is fab, but there is nothing new there… I clapped hard simply because everything else is like blah…

Varun Dhawan is very very earnest, but the poor lad has to dance also, act also, be the savior of his family also, and be romantic also, be kind also, be villain also, be guilty also, turn good from bad also… And hold the patchy story together also…

The less said about Shraddha Kapoor the better.

And they gave a fabulous dancer like Nora Fatehi a pathetic role/! She dances like a dream and even twerks mid air… She has the best thighs in the film and… Yes, we saw a whole lots of leg.

Story Nahi, Many Facepalm Moments Put Together With Sticky Tape

Punjab mein roni mom (Zareen Wahab) has an atee miserable son: Aparshakti Khurana. Just when we spoke about how he’s perhaps a better actor than his brother, he overdoes the homeless illegal immigrant sad sack thing.

(They’re all supposed to all be on business visas, errrr… To play dholak in UK… What?!)

Pakistani parents just don’t know what their daughter (Shraddha Kapoor) is doing… How does one believe that her mother has NEVER gone through her wardrobe and has NEVER seen her dance outfits?

And she eats ‘paet bhar’ biryani after seeing how hungry illegal immigrants were? After seeing them eat leftover burgers from the restaurant? She should be put off food for ever, no? It’s like eating popcorn during Schindler’s List…

Varun Dhawan is so sweet, his spray on abs can be forgiven.

The talented dancers from both the Pakistan and Indian group get shafted because they don’t get enough screen time. Even the Brit dancers are shown to be thuggish. Dancing releases endorphins, the happiness hormone… why will you be thuggish to dholak wallahs AFTER you have danced to their tune on the street?

Varun and his brother (dancing with a broken leg) is a good moment. So is the dancing of a chap named ‘Body’ (?!)

But all other dances in the infernal dance contest are B.O.R.I.N.G. Dances in ABCD2 were far, far superior.

The question everyone was asking, ‘Why is the film in 3D?’
Answer: So dirt, donuts, a hat and one drop of sweat from hip could come at you at four points in the film.


Watching the movie was like watching milk curdle and separate into many stinky bits, slowly…

This is how all of us emerged from this screening: very sad. 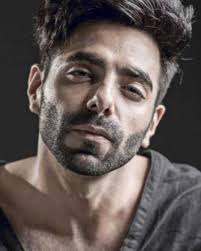 (image from the net, thank you!)